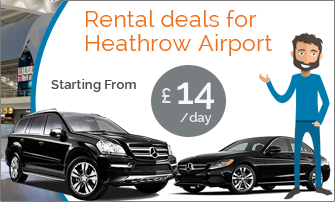 Popular modes of commuting to and from London Heathrow Airport

London Heathrow Airport is well linked to Central London through Heathrow Express which runs non-stop service to London’s Paddington Station. The trains leave after every 15 minutes from Heathrow Central Station (Terminal 1 and 3) or Heathrow Terminal 5 Station. Heathrow Connect is a stopping service to London Paddington Station that runs after 30 minutes. The journey of Heathrow Connect finishes at Heathrow Central station (Terminals 1 & 3). This airport has four tube stations for Terminals 1, 3, 4, and 5. London Underground Piccadilly Line serves as cost-effective mode of commuting between London Heathrow Airport and Central London.
There also many buses and coaches running from the Heathrow Airport Central bus station. Oxford Bus Company and National Express operate long distance coach services. HotelHoppa buses provide bus service connecting every terminal with the hotels in Heathrow premises. Nearby railway stations are connected wit the airport through two RailAir coach services. There is also taxi service available at all the terminals.


Reaching London Heathrow Airport
London Heathrow Airport lies to the north of M3, to the east of M25 and to the south of M4 motorways. There are many popular locations near this airport which include Colnbrook to the west, Wandsworth and Hounslow to the east, Maidenhead and Slough to the north-west and Stains and Spelthorne to the south-west. Some of the popular landmarks located close to this airport are Windsor Castle, Richmond Park, Windsor.